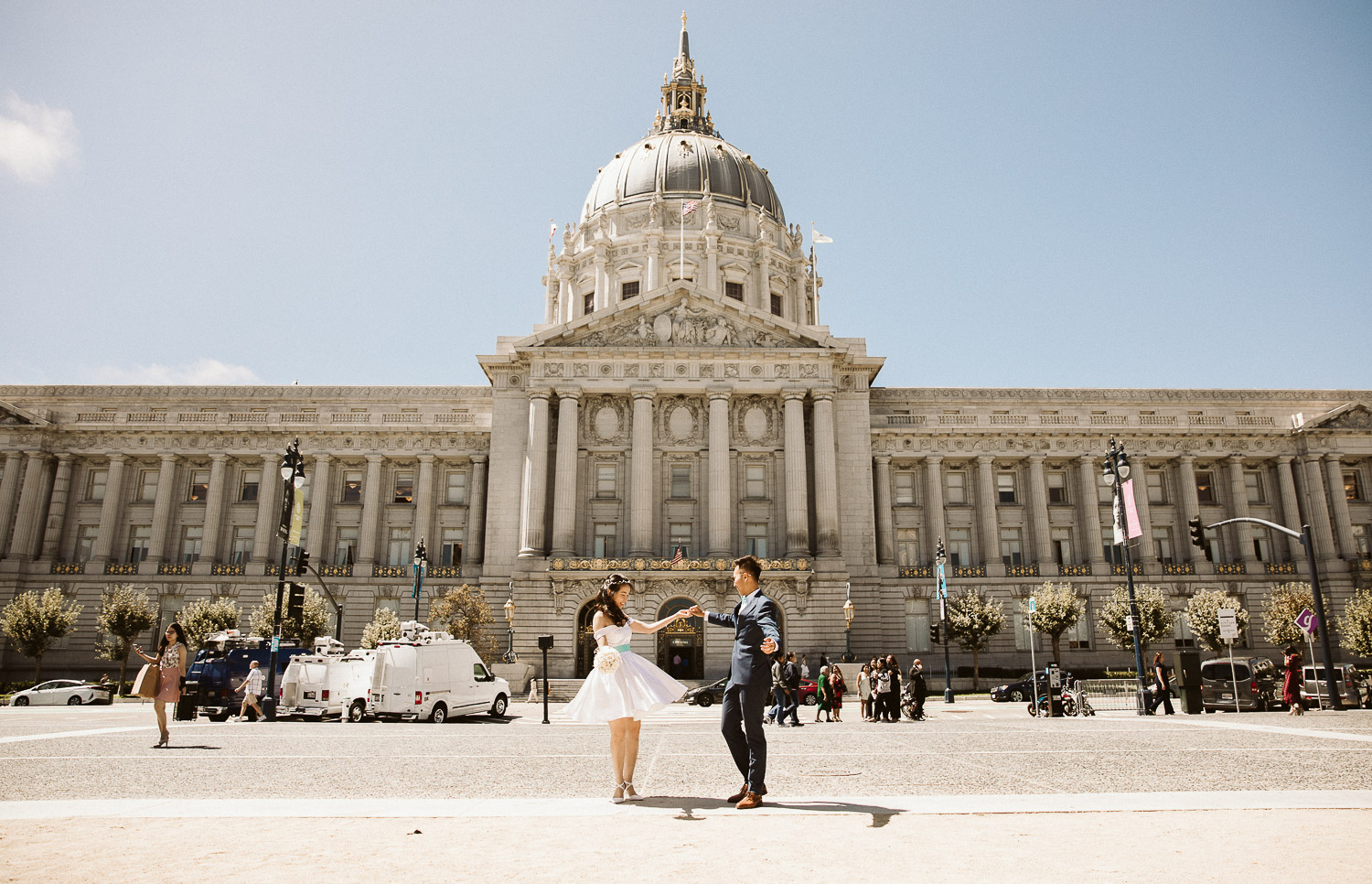 David and Tammy reached out to me 3 months ago and told me they were going to fly all the way from Los Angeles to get married at the beautiful San Francisco City Hall. After a brief phone call with Tammy, I knew they were going to be a fantastic couple to work with… so I agreed to document their big day here!

The day began in City Hall, where I met them and their families (some of which flew all the way from Taiwan!) for the first time. They were signing papers, and ran into a hiccup — City Hall limits the party to only 6 people if they want to have the ceremony under the rotunda, otherwise it’s going to be in a dingy room. Tammy and David had 10 family members, but the officiant was kind enough to let them use the rotunda, granted only 6 of them actually stood in the rotunda. Woohoo!

After the ceremony, we captured some beautiful photos inside and outside of the City Hall. Tammy and David were so easy to work with… I guess David’s job as a cinematographer really gave them an edge in front of the camera! I barely had to instruct them!

After spending 2 hours at the City Hall, I gave them a lift to Lover’s Lane in the Presidio of SF. The place was quiet, shaded, and romantic! We had a quick session there before departing for a quick break. (By the way, they got me a delicious Sushirrito… which I happily devoured at Lover’s Lane!)

Around sunset, at 7pm, I met with them again at the Sutro Baths. The place was just heavenly! The way the soft sun rays penetrated the damp air really brought out the glow — it really felt like a dream. It wasn’t too windy or cold, so we fully enjoyed the 45 minutes we spent together there. The sunset was unforgettable.

David and Tammy, thank you both for being so wonderful to work with. I love the photos from our sessions, and I hope you will cherish them forever too!