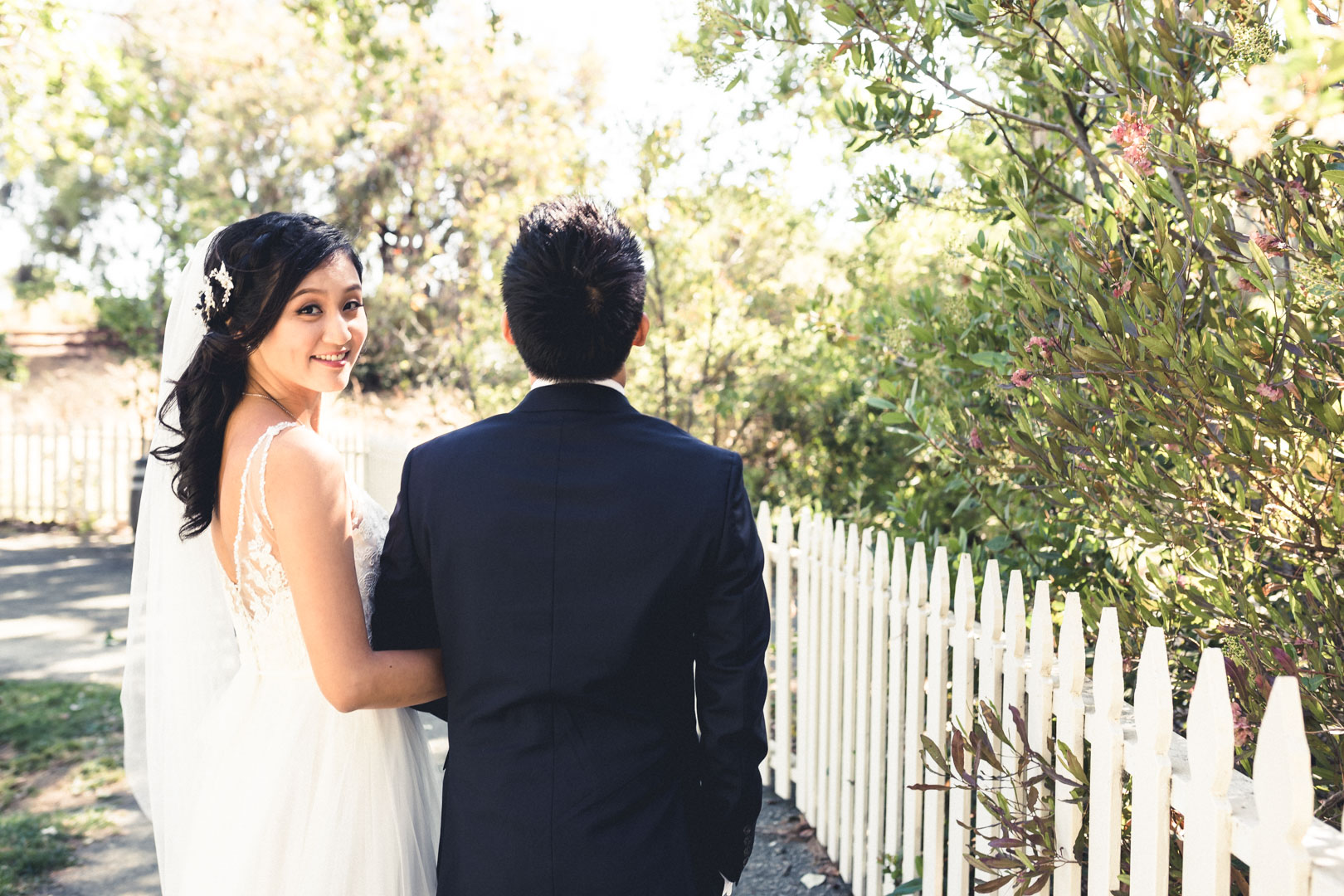 In 2009, fate (AKA Berkeley’s Korean Culture Club) brought Phil and Soojung together for the first time. From there, Phil took the lead by inviting Soojung to a coffee date and enlightening her with tips on applying to The Haas School of Business. Phil and Soojung share a similar background in terms of their childhood — they grew up in multiple countries. So when they met each other, they just naturally understood each other.

Fast forward to early 2010, Phil asked Soojung out to a few dates when they were both in Korea. On one of those dates, Phil brought Soojung to a bar to celebrate his birthday. In a slightly inebriated state, Phil asked Soojung to be his birthday present. Soojung brushed it off as a cheesy joke, but Phil made it clear he was serious by the time he walked her to the bus stop. There, he initiated their first kiss and confessed his feelings. And thus began this beautiful love story.

8 years later, Phil supposedly was taking Soojung to a special dinner, but suddenly had to make a pit stop in East Palo Alto. Soojung was a bit weirded out as Phil drove into a sketch neighborhood, and convinced herself that maybe Phil was going to take her to get a puppy. But Phil instead drove to an Airbnb he’d borrowed, where he’d gotten help from his younger sister to set up a bunch of photos and memorabilia of Phil and Soojung’s times together (like movie tickets, Playbills, notes and Polaroid photos). Upon seeing everything from their 8 years together, Phil took her outside to a candle-lit patio where Phil finally got down on his knee and asked Soojung to be his other half forever.

They chose to tie the knot at the Rengstorff House in Mountain View. Well before their engagement, Soojung had thought the Rengstorff House would make a great wedding venue for them — there was something special about the way the park opened up to you as you drove in, and the House itself was cute and quaint. She also wanted to get married in a place that the two of them could revisit occasionally, and the location was perfect. It was also perfect for the size of the party we were thinking about, and felt both approachable and welcoming. There, they celebrated their marriage with their best friends and family.

After the wedding, they immediately hopped on a plane and headed to Europe for their honeymoon! From Cascais to Lisbon to Madeira, they spent most of their time in Portugal, where they satisfied their bellies and eyes. They couldn’t get enough of Portugal and would like to visit again in the future!

Scroll on to view their special day at the Rengstorff House!

How to Make Wedding Invitations

Frank & Shinny’s Wedding at The Club at Ruby Hill